IBM CEO Arvind Krishna has a new assignment for Watson, the company’s AI software: working in IT.

Best known for its roles as an advisor to oncologists and sometime quiz show contestant, Watson is now being pressed into service diagnosing and solving enterprise IT infrastructure problems, making it one of a growing number of tools in the market for AIOps, an emerging IT practice that applies artificial intelligence to IT operations.

Speaking in an online version of IBM’s annual Think conference on Tuesday, Krishna also announced a broadening of the company’s focus on cloud infrastructure to include computing at the network edge, attracted by the potential market for 5G mobile infrastructure.

IBM’s new initiatives in both areas are built on technologies from Red Hat, the open source software and services vendor IBM purchased for $34 billion last July. 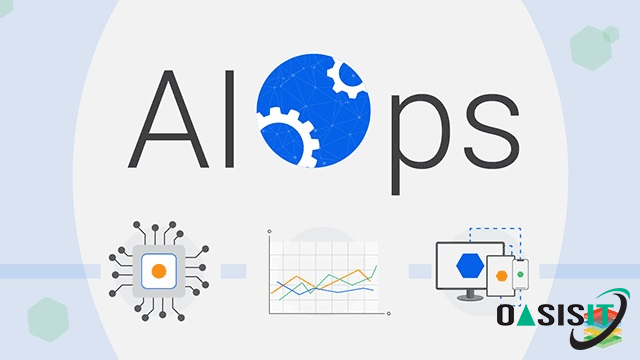 Watson retrains for AIOps
Watson AIOps, IBM’s name for the new iteration of Watson, is built on the latest release of Red Hat OpenShift, a container orchestration platform, so it can run across hybrid cloud environments.
It’s designed to evaluate the swarms of alerts generated by IT monitoring tools when an incident occurs, in order to identify and help fix the root cause of the problem.

“Watson AIOps relies on AI to automate how enterprises detect, diagnose and respond to IT anomalies in real time,” said Krishna.

Those monitoring and collaboration integrations are key, as is the use of Watson AIOps’ natural language processing (NLP) abilities to ingest unstructured data, according to IDC’s global AI research lead Ritu Jyoti.

“A lot of things are happening in the incident tickets, and that is always conversational language, so they are using NLP to extract that and automate some of the level 0 and level 1 classification, addressing and routing,” she said.

IBM is a little late to the AIOps game, she said, but its timing is good is nevertheless: “The COVID-19 pandemic is making enterprises more concerned with resiliency, efficiency and business continuity than ever.”

IBM will have to compete in an increasingly crowded market for AIOps tools alongside the likes of Splunk, Cisco’s AppDynamics, Micro Focus Operations Bridge or Zenoss.

Jyoti also called out HPE as a player in this space, with its InfoSight predictive analytics tool, acquired as part of its $1 billion acquisition of Nimble Storage in 2017.

IBM hopes to make life easier for CIOs by rolling its AI technology into other tools too, including a suite of accelerators for application modernization. The suite comprises Application Containerization Advisor and Candidate Microservices Advisor, which will provide support for developers containerizing or breaking up monolithic legacy apps, and Modernization Workflow Orchestrator, which will use natural language processing to capture knowledge about architectural best practices and advise developers.

Taking cloud computing to the edge

Krishna’s other big focus in his Think keynote was on broadening the company’s hybrid cloud strategy to encompass edge computing.

He announced a technology preview of IBM Cloud Satellite, a tool to extend IBM’s cloud services by enabling customers to run workloads in IBM’s public cloud, in their own data center or on the network edge, wherever makes the most sense for them, all controlled from the same interface.

“It’s delivered as a service, on premise or at the edge. Clients can increase their business agility by automating deployment and management of cloud-native services across all their computing environments for development and operations,” he said.

“With 5G and edge computing, businesses can bring computation and data storage closer to where data is generated. This creates massive opportunity for new products, services and platforms in virtually every industry,” Krishna said.

These include Edge Application Manager, which the company says will use AI to allow a single admin to manage up to 10,000 edge nodes simultaneously, and Telco Network Cloud Manager, which it says will allow network operators to orchestrate virtual and container network functions to deliver new services.

“AI, cloud, 5G are among the most powerful core technologies all of you will use to transform how your business operates,” Krishna said. For those concerned that this new focus means IBM is abandoning its other recent technological obsessions, though, he added: “To these we can add blockchain and quantum, which will have a critical role to play in the digital platforms of the future.”